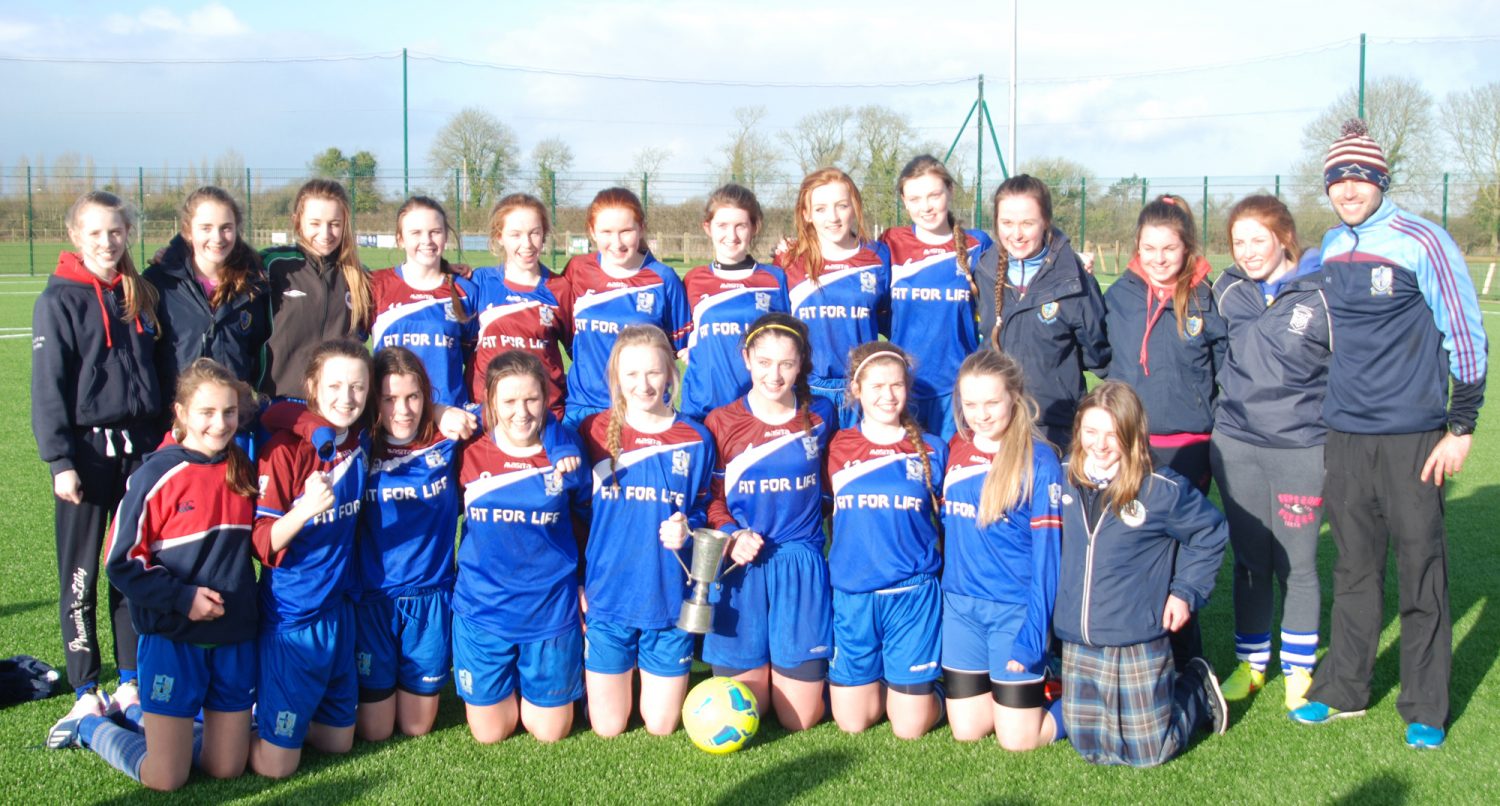 Friday 16th January 2015 was a day to remember for the junior girls soccer team of Colaiste Na Trocaire when they defeated Christ the King Secondary School by 2-0 in Charleville.  The girls from Rathkeale had beaten Davis College Mallow, Presentation Secondary School Thurles and Colaiste Mhuire Askeaton en route to the final and faced tough opposition from the former 3 time winners from Douglas.

Colaiste Na Trocaire dominated the game from the first whistle and were unlucky on numerous occasions not to open the scoring with Eadaoin Lyons and Katie Brennan both going close with fine attempts. Just before the half time break, Tara Coleman opened the scoring with a goal that was richly deserved and ensured the Rathkeale outfit led at the break.

Colaiste Na Trocaire refused to sit back in the second half and rattled the Christ the King post on more than one occasion. The games major turning point occurred with 20 minutes remaining when a brilliant save by Rathkeale goalkeeper Noirin Lenihan led to a quick counter attack which resulted in Eadaoin Lyons netting a well-deserved second goal.

The girls from Colaiste Na Trocaire remained composed for the remainder of the game and were greeted by jubilant scenes when the final whistle was blown. Joint captains Kate Geary and Eadaoin Lyons lifted the cup, a remarkable achievement as this was only the second year of the school competing in girls soccer. This success was based on a hard working team ethic which the girls have demonstrated consistently throughout the season and they will need this and more when they take on the Leinster champions on Thursday 12th February 2015 (opposition and venue to be decided yet).