On Friday 10 May, the Annual Primary Schools Hurling Blitz was held in Coláiste na Trócaire. Six teams from local primary schools took part – Scoil Iosaef of Rathkeale, Sean tSráid, Croagh,  Ardagh , Shanagolden, and Ballygran. Excellent hurling was played and some of the games were competitive showing style and determination in the young and up-coming hurlers of the locality. Young players like Jack Lenihan, Barry Coleman, Roy Moloney and Edward McMahon all played very well. The Corn de Buitléir final between Scoil Iosaef, Rathkeale and Croagh N.S. was won by Croagh in a great game of hurling. Sean tSráid emerged the winners in the Shield Final for the second year in a row. This was a very successful event once again and some great displays of hurling were evident. The organisers of the event, Mr Michael McMahon and Mr Garrett Noonan of Coláiste na Trócaire would like to thank all the schools who participated and they would also like to thank Mr James Ryan, Hurler and Development Officer with Limerick GAA, for his support. 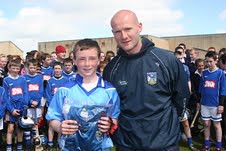 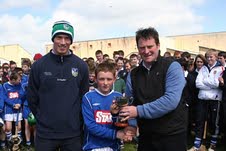