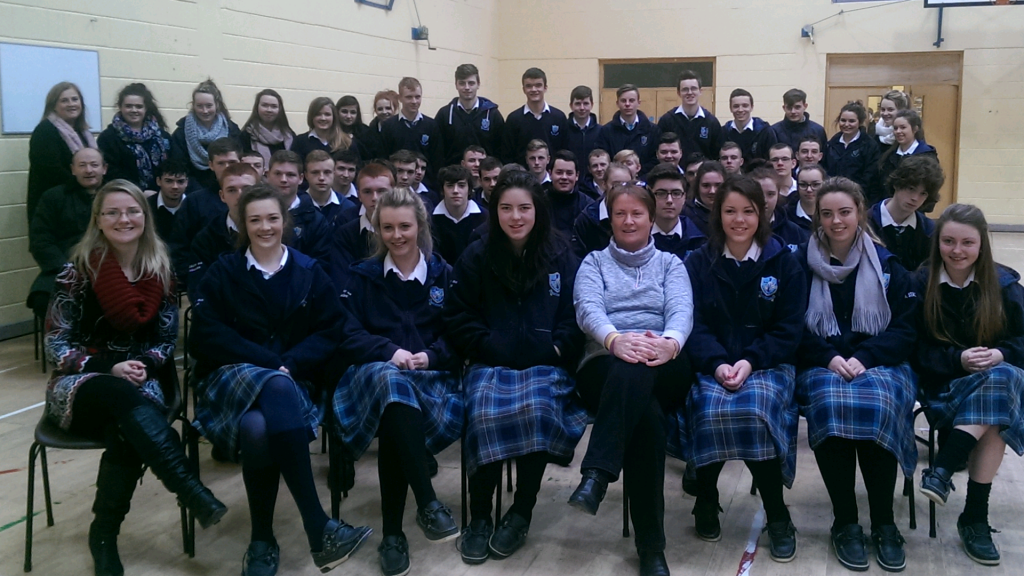 On Thursday 29th of January, Coláiste na Trócaire were honoured and delighted to welcome Elma Walsh to our school.

Elma is the mother of Donal Walsh, the Kerry teenager who touched the lives of so many people when he came to prominence through his writings subsequent to his appearance on Brendan O’Connor’s ‘The Saturday Night Show’. Sadly Donal passed away in May 2013 and since his passing both his parents Elma and Finbar have been giving talks around the the country.

Elma gave us an inspirational talk and touched the hearts of all the 6th year students.  Elma and Finbar set up the Donal Walsh LiveLife Foundation which is dedicated to the message of Donal to appreciate and live life. Elma was presented with a bouquet of flowers and a cheque for the Donal Walsh #LiveLife Foundation. Ms Giltenane would like to thank all the students who contributed to this very worthy cause.