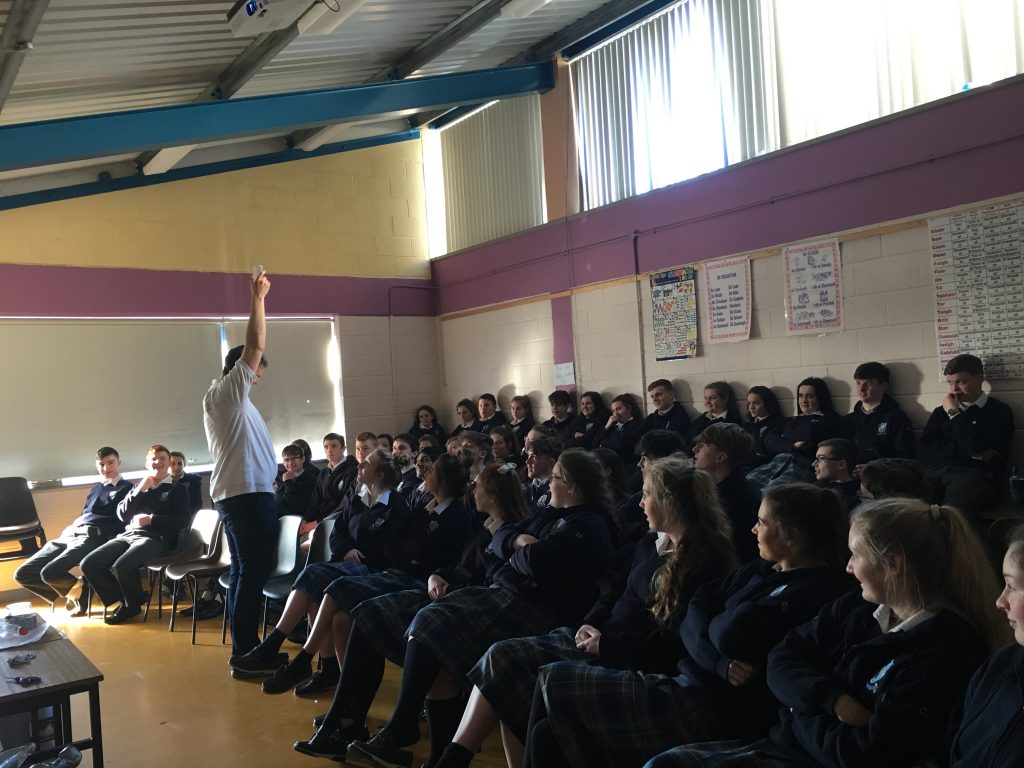 ​On the 7/2/2017 Declan Holmes from 'Science Ireland presented a hands-on, interactive fun Physics Show to the second year, transition year and the fifth year physics students. Each group experienced how physics impacts their lives. Some of the many topics covered was Flight, rockets, pressure, waves, sound and light launching rockets, playing songs and making waves.

Some second year students also attended a rocket workshop. Using the knowledge they had gained the students designed, made and launched their water rockets. They competed to see which rocket they designed could go the highest. 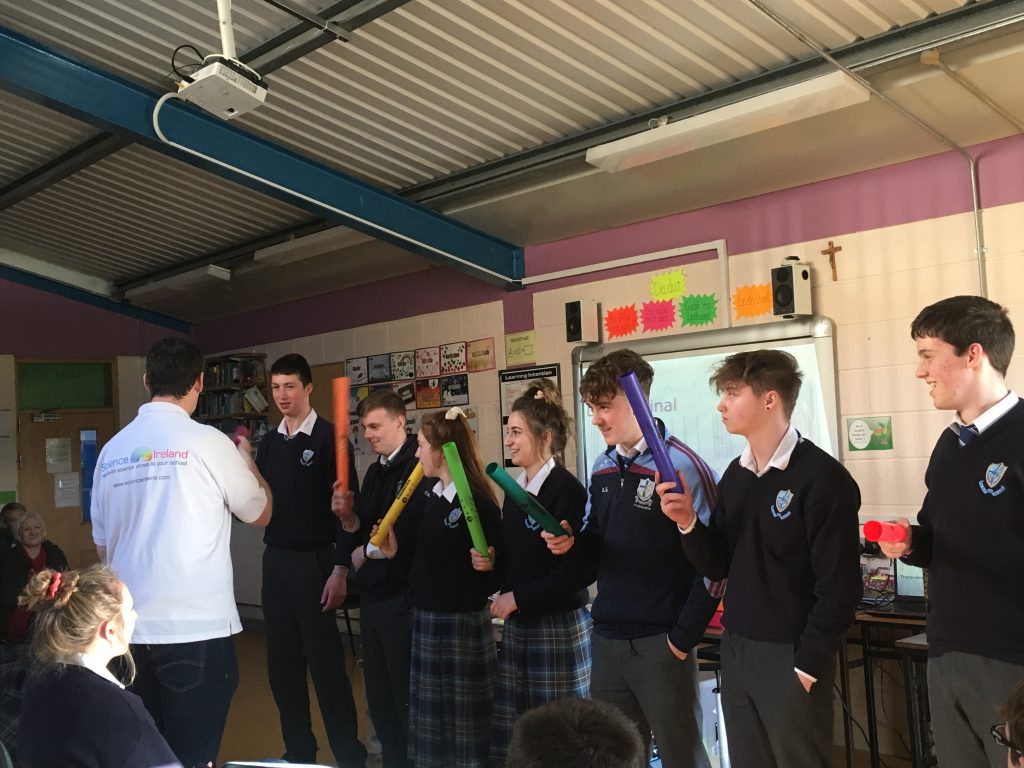 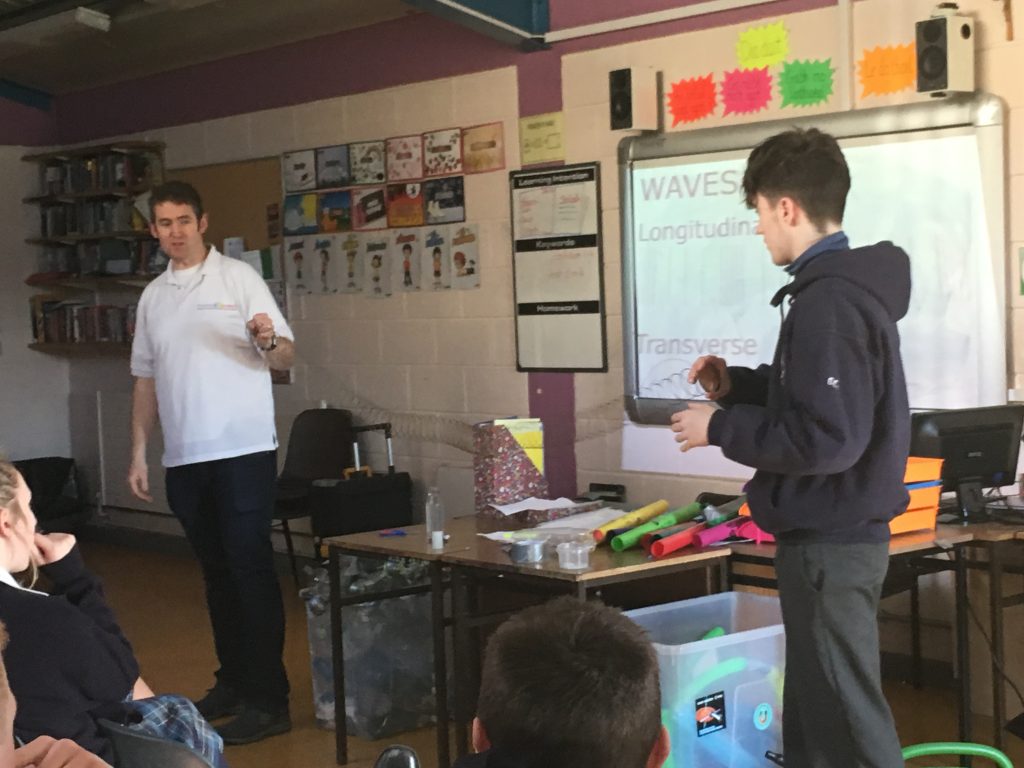 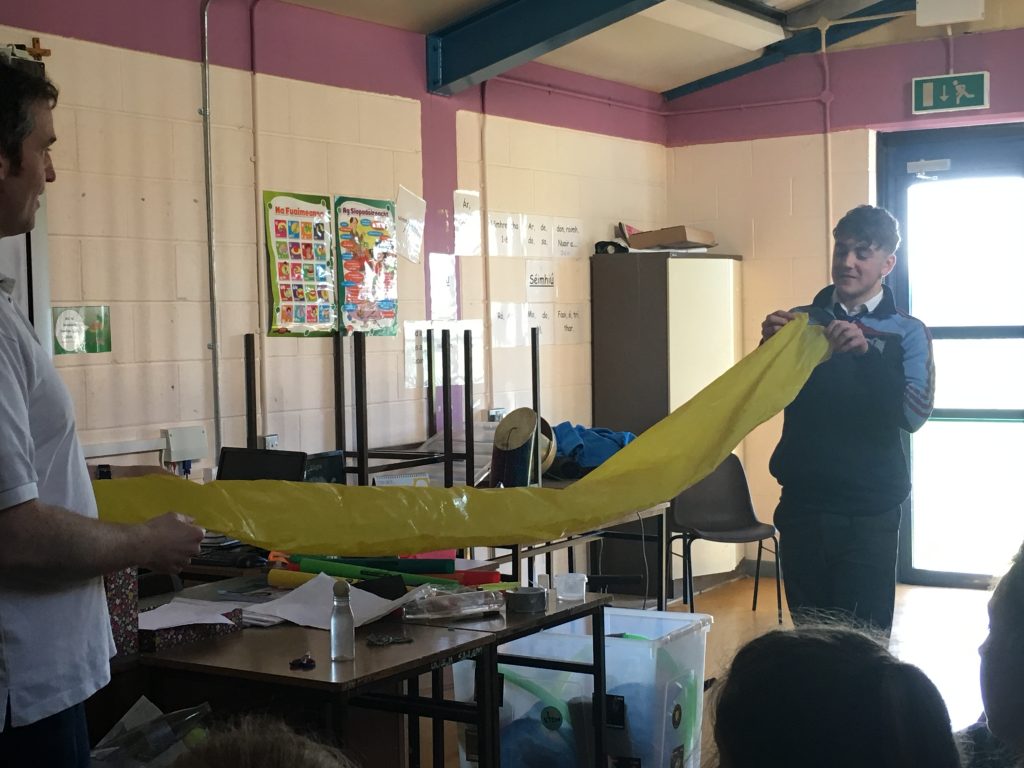